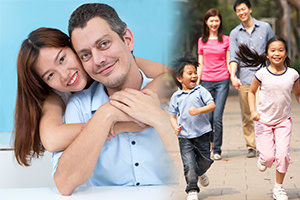 Following U.S. President Donald Trump’s April 22nd Executive Order (“EO”) as the “Proclamation Suspending Entry of Aliens Who Present a Risk to the U.S. Labor Market Following the Coronavirus Outbreak”, restricting certain applicants from receiving their immigrant visas for at least 60 days, many of our clients have inquired if their K-1 visas are exempted from the EO ban. Because a K-1 visa is classified as a non-immigrant visa under U.S. Immigration law but treated by the U.S. Department of State consular officers as an immigrant visa, the U.S. immigration lawyers at Enterline and Partners are of the opinion that K-1 visa applicants are not banned.

On June 22nd, President Trump amended the EO and thereby suspended the issuance of certain non-immigrant visas, and extended the original ban until December 31st. The amended EO made no reference to whether K-1 visa applicants would be prevented from applying for their visas for the EO’s duration.

While it is not expressly clear, it is reasonable to presume that K-1 visas are exempted from Trump’s immigration ban. Along with being noticeably absent from both the April 22nd and June 22nd proclamations, the U.S. Department of State Monthly Nonimmigrant Visa Statistics for May 2020 reports that despite the suspension of routine visa appointments at both the U.S. Embassy in Manila and the U.S. Consulate in Ho Chi Minh City, there were a few K-1 visa issued in both the Philippines and Vietnam. For example, the May 2020 Nonimmigrant Visa Issuance by Post and Visa Class shows two K-1 visas issued in Manila and eight issued in Ho Chi Minh City. Likewise, the May 2020 Nonimmigrant Visa Issuances by Nationality and Visa Class also shows four K-1 visas issued to Philippine citizens and eight K-1 visas issued to Vietnamese citizens. However, these applicants may have been interviewed or visa issued prior to the April 22 proclamation but were not reported until May.

If K-1 visas are designated as non-immigrant visas and not expressly banned under Trump’s proclamation, K-1 applicants should be allowed to proceed for their interviews when local travel restrictions and movement control orders are also lifted and when the Consulates reopen.

For more information, contact us at info@enterlinepartners.com and speak with one of our U.S. immigration lawyers in Ho Chi Minh City, Manila and Taipei.