On May 11, 2018, U.S. Citizenship and Immigration Services (USCIS) proposed changes in the calculation of unlawful presence for students currently studying in the United States on an F-1, J-1 and M-1 visa. The proposed changes are a result of President Donald Trump’s Executive Order: Enhancing Public Safety in the Interior of the United States and is set to take effect on August 9, 2018. 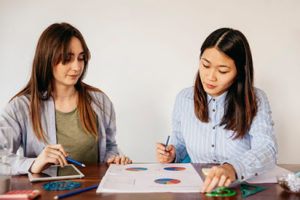 The changes will fix specific times when foreign students in the U.S. in F, J and M visa status start to accrue unlawful presence.

Under the policy memorandum, unlawful presence will be calculated as follows:

2. Individuals in F, J, or M status who fail to maintain their status on or after Aug. 9, 2018, will start accruing unlawful presence on the earliest of any of the following:

Those foreign students studying in the U.S. or hoping to study in the U.S. must take extra care to leave the U.S. as soon as their valid status ends to avoid the accrual of unlawful presence.