From student visas to family-based US immigration, we’re here to support you through the process to start your life in America.

Section 203(b)(5) of the Immigration and Nationality Act (INA), allocates 10,000 “EB-5” immigrant visas per year to qualified individuals seeking Lawful Permanent Resident status on the basis of their capital investment in a commercial enterprise to stimulate the growth of U.S. economy.

The most important factor in qualifying for the EB-5 visa is that the investor must be able to demonstrate that the capital he or she uses for the investment was obtained lawfully. Proving the “source of funds” (SOF) is the most challenging aspect of the EB-5 visa.

Status of the EB-5 Regional Center Program in January 2022

The E-1/E-2 visa provides nonimmigrant visa status for a national of a country with which the United States maintains a treaty of commerce and navigation. The applicant must be coming to the United States to carry out substantial trade (E-1), or be in the process of investing a substantial amount of capital (E-2). An E visa application can be made directly at the U.S. Consulate where the applicant lives.

The L-1A Intra-Company Transfer Visa is a non-immigrant visa for managers / executives of international companies with operations in the U.S. and abroad. Once granted, you and your family can live in the U.S. for up to seven years (with extensions).

As some of the largest immigrant communities in the United States, Vietnamese and Filipino immigration on the basis of family or fiance(e) visas is an extremely important focus of our practice. The desire to bring over family members such as parents, spouses, siblings, and fiance(s) remains an ever so important aspect of the Vietnamese and Filipinos in America. The immigration attorneys and staff at Enterline and Partners work closely with both the petitioners either in Vietnam, Philippines, the United States or elsewhere as well as the beneficiary or visa applicant. At Enterline and Partners, we take a family or fiance(e) visa case from the beginning which involves filing the petition with the United States Citizenship and Immigration Services (USCIS) through the interview at the U.S. Consulate or U.S. Embassy.

What is the Two-Year Meeting Requirement Waiver for an I-129F Petition for Alien Fiance?

Are you a Conditional Permanent Resident outside the United States because of Covid-19: I-829 and I-751?

International students studying in the United States currently make-up one of the largest student populations. International students who wish to study in America are required to prove that they have strong ties to their home country which would mandate them to return after completing their degrees. The attorneys and staff at Enterline and Partners work closely with both the student(s) and their families in advising them throughout the process as well as conducting live mock interview preparation in order to support their case to the interviewing consular officer during the visa interview.

J-1 Training- applicants who are selected and issued a J-1 visa for training are matched with a sponsor and employer in which they will receive training with compensation in a specific industry (most often hospitality and tourism). During their time on a J-1 training visa, participants will not only experience life in America but will bring forth valuable experience that they will bring home with them.

J-1 Summer Work- university students have the opportunity to work in the United States during their summer semester breaks. By availing of a J-1 Visa for Summer Work, students will be able to not only experience life in America but will receive salary for their work. This is a fun and exciting option for university students who are looking to broaden their horizons in America.

J-1 High School Exchange- high school students have an incredible opportunity to attend public high schools in the United States as an exchange student. By living with American host families, this unique J-1 program is designed to help students not only improve their English but also experience America as a young adult. The staff and attorneys at Enterline and Partners work closely with J-1 program sponsors as well as students and families to maximize the success of such program.

The EB-3 immigrant visa allows for a foreign citizen to immigrate to the United States based on employment. EB-3 applicants follow a rigorous course which includes multiple U.S. government agencies before being interviewed at the U.S. Consulate or U.S. Embassy. Specifically Enterline and Partners advises clients who are interested in immigrating under the EB-3 visa through nursing and unskilled labor.

EB-3 for Nurses- The U.S. healthcare system is in great demand for nurses. Interested applicants must possess certain requirements such as a bachelor’s degree in nursing as well as sufficient written and spoken English. Enterline and Partners works closely with U.S. employers in helping international nurses obtain both employment offers and the required EB-3 visa to work in the United States as a nurse.

All U.S. non-immigrant visa applicants such as those applying for tourist/ visitor visas and F-1 student visas are required to demonstrate to the independent subjective discretion of the U.S. consular officer that they are qualified to receive a visitor visa. All non-immigrant visa applicants are considered to be intending to immigrate, or go to the U.S. to live permanently, and thus must prove that they have “non-immigrant intent”. Applicants who are unable to meet this burden are normally refused a visa under Section 214(b) of the U.S. Immigration and Nationality Act. Obviously your “intent” is subjective and can only be demonstrated by showing other objective factors such as the purpose of the visit and that the applicant will return home when the purpose of the visit is completed.

When the consular officer issues a 214(b) finding, the applicant’s passport is returned to them which should include an explanation explaining that they are ineligible to receive a visa at this time but may reapply again at another time. This is called a 214(b) refusal letter. It usually contains a very general explanation that the applicant failed to establish eligibility for the visa at this time.

The U.S. immigration attorneys at Enterline and Partners have decades of experience in reviewing and analyzing visa refusals. If you have been refused a non-immigrant visa, we will review your entire case and provide possible reasons why the consular officer made his or her decision. By understanding more about your case, it allows our attorneys to strategize on how a refusal might be overcome and which will hopefully lead to a visa issuance the next time you apply.

Immigrant visa applicants who have been denied or refused an immigrant visa and found to be inadmissible may be eligible to file a waiver of inadmissibility with the U.S. Citizenship and Immigration Services (USCIS). The process of applying for a waiver varies as it is based on the specific reason why the applicant was refused a U.S. immigrant visa. Some examples that may result in an applicant being found inadmissible include the following:

FOREIGN NATIONALS OF EXTRAORDINARY ABILITY IN THE SCIENCES, ARTS, EDUCATION, BUSINESS OR ATHLETICS

The Employment Based First Preference Immigrant Visa Category (EB-1A) is available for persons who have received national or international acclaim for outstanding achievements in Science, Arts, Education, Business or Athletics.

Examples of persons who might qualify as having extraordinary ability might be an Olympic medal winning athlete, or a Nobel Prize winner, or otherwise be able to show achievement through documentation of three of the following areas of achievement:

Simply meeting three of the above criteria is not in and of itself a guarantee for qualification for this visa category. In making a case to show qualifications for an EB-1A visa, in addition to showing at least three of the above criteria, the individual must demonstrate that he or she has obtained “a level of expertise indicating that the individual is one of a small percentage of persons who have risen to the very top of the field of endeavor”. Although no offer of employment is required, the applicant must include with the petition convincing evidence that he or she is coming to continue work in the area of expertise and that the entry of the applicant will substantially benefit prospectively the United States.

Grenada, a tropical island in the Caribbean, is a nation of incredible promise. By obtaining Grenadian Citizenship by Investment, which can be obtained through a donation or by purchasing real estate, foreign nationals are able to avail themselves of the E-2 Treaty Investor visa to the United States. An additional benefit, Grenadian Citizenship by Investment is transferable to spouses, parents, grandparents, and grandchildren.

In addition to U.S. E-2 status, a foreign national who also holds a Grenadian passport will have visa-free access to 144 countries including European Schengen countries and the United Kingdom. 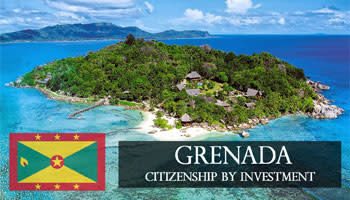