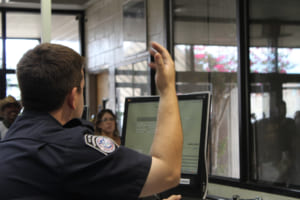 While non-immigrant visa applicants have been required to disclose social media handles on their DS-160 Online Application since June 2019, certain visa holders such as those entering the United States on B-1/ B-2 visitor visas and F-1 student visas have reported an increased number of entry refusals because of other people’s social media accounts.

The latest case saw a Palestinian national living in Lebanon who was traveling to the United States on an F-1 student visa where he was scheduled to begin his freshman year at Harvard University. Upon arriving at Boston Logan International Airport, 17-year old Isamil Ajjawi was allegedly questioned by U.S. Customs and Border Protection (CBP) for his religious beliefs. According to Ajjawi, CBP officers searched his electronic devices and took issue with his friends social media activity. Ajjawi’s F-1 student visa was cancelled and he was immediately sent back to Lebanon.

On an average day, roughly 1.13 million passengers are processed entry by CBP and airports, seaports, and land crossings while roughly 800 passengers are refused admission at the Port of Entry. Sometimes, refusing to admit a passenger is clear such as material misrepresentation when applying for a non-immigrant visa or previous violations while inside the United States such as unauthorized work. Other times however, CBP offers no specific reasons and the decision to refuse a non-immigrant visa holder from entering the United States is non-appealable.

If you are from Vietnam, the Philippines or Taiwan and have been refused entry to the United States, contact our U.S. immigration lawyers in Ho Chi Minh City, Manila and Taipei for expert advice.