U.S. Department of State Vietnam Visa Approvals for May and June 2018

The U.S. Department of State (“DOS”) has published a list of visa issuances for both immigrant and nonimmigrant visas for the months of May and June 2018. 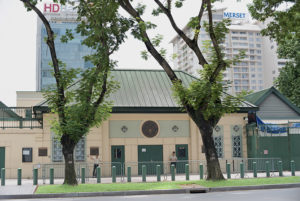 There were no EB-5 visas issued in Vietnam.

A total of 14,633 nonimmigrant visas were issued to Vietnamese nationals in May. Of that number, 12,080 were B-1/B-2 visas. A B-1/B-2 visa is issued to those visiting the U.S. for temporary business and/ or pleasure. There were 1,113 visas issued to Vietnamese students aspiring to study in the United States. This included 1,110 F-1 visas for academic and language students, 3 M-1 visas for vocational students, and 125 J-1 visas for exchange visitors such as exchange students, au pairs, professionals, scholars, and teachers.

On the other hand, June showed a slight increase in the number of nonimmigrant visa approvals for Vietnamese nationals bringing the total to 14,945. Majority of the visas issued were from the B-1/B2 category (10,430 visas). The number of academic visas (F, M, and J) increased nearly 173% because of the upcoming U.S. academic year. Specifically, 3,147 F-1 visas, 8 M-1 visas, and 228 J-1 visas were issued to Vietnamese students.

These numbers only show the approvals and does not in any way show a trend since data on the number of applicants per month and the number of rejections is not available to the public.