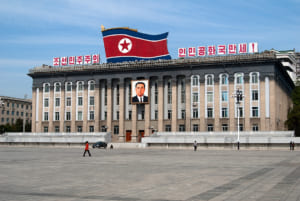 Citizens of 38 countries who are eligible to travel to the United States for up to 90 days under the Visa Waiver Program (VWP) are now required to obtain a visa at a US Embassy or Consulate abroad if they have visited the Democratic People’s Republic of Korea (DPRK or North Korea) since March 1, 2011. The policy change, which was recently announced by the US Customs and Border Protection also includes seven other countries- Iran, Iraq, Sudan, Syria, Libya, Somalia, and Yemen.

The new change is expected to affect tens of thousands of people from visa waiver countries including the United Kingdom, France, Germany, and Australia who have traveled to North Korea as tourists or for other purposes in the eight years.  Approximately 4000 – 6000 Western tourists visit North Korea every year of which many are from VWP countries. US citizens meanwhile have been banned from traveling to North Korea since 2017.

VWP citizens who have visited North Korea since March 2011 and now require a US visa are encouraged to consult with a US immigration attorney.