Good news for Vietnam EB-5 Investors, as the “Final Action Date” priority date on the Department of State’s April visa bulletin leaped forward by almost two months, from October 22, 2017 to December 15, 2017.  The priority date indicates that any Vietnamese investors who filed their I-526 Petitions on or before December 15, 2017 now have visas available. If you are such an investor, you should contact the National Visa Center to begin your visa application process (if you have not already done so because of current Dates for Filing). See here.

The Final Action Date for Chinese investors remains unchanged since last October   on August 15, 2015.  No EB-5 visas have been issued by the U.S. Consulate in Guangzhou since early 2020 and only a handful of Chinese applicants were eligible to adjust their status in the United States.

The Vietnam priority date movement is mostly due to the U.S. Consulate in Ho Chi Minh City having resumed limited capacity .

The Final Action Date for the rest of the world remains current.

The Dates for Filing (Table B) remains current as has been the norm for Vietnam investors who will be classified under “All Chargeability Areas except those listed”.

What do the Final Action Date and Dates for Filing Applications mean?

If you have any questions about the visa bulletin, priority dates, the EB-5 visa or other U.S. visas, contact us at   info@enterlinepartners.com and speak with a U.S. immigration attorney based in Ho Chi Minh City, Manila and Taipei. 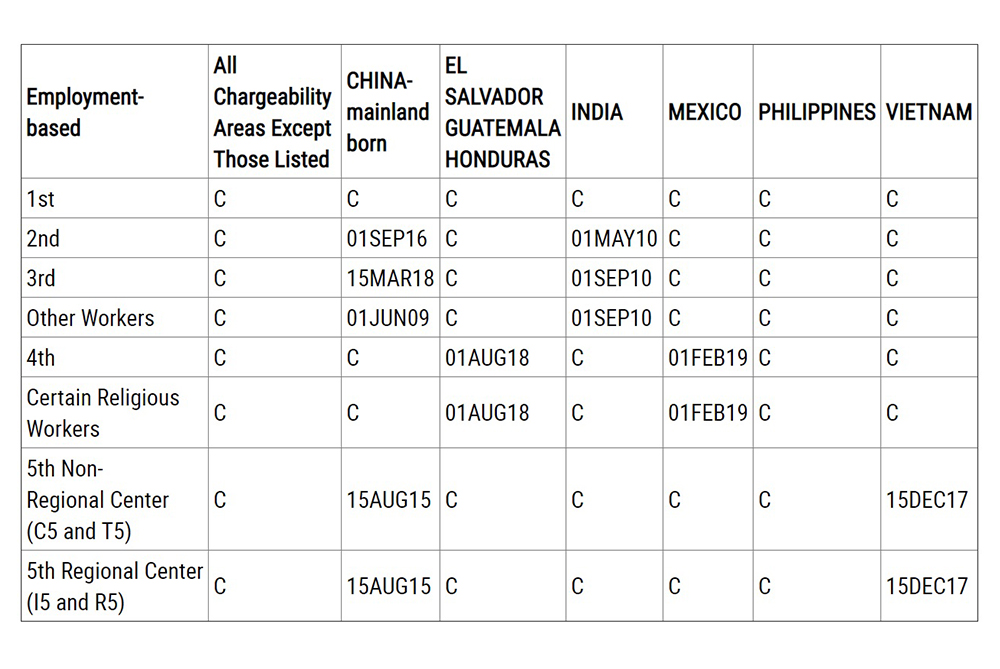