What Documents Are Needed in a Form I-130 Petition for a Foreign Spouse? 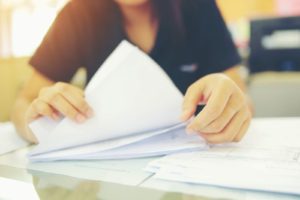 A USCIS Form I-130 is a Petition for Alien Relative. A U.S. citizen or Lawful Permanent Resident (green card holder) is eligible to petition his or her foreign spouse to immigrate to the United States.

Along with a Form I-130 and accompanying Form I-130A, supporting documentation is also submitted when the petition is filed with the United States Citizenship and Immigration Services (USCIS). These include the following:

All documentation submitted to USCIS must be translated into English if the original document is in a foreign language. For more information or questions regarding the required documentation in petitioning a foreign spouse, contact an immigration lawyer for assistance.