What is 2-Year Meeting Requirement? 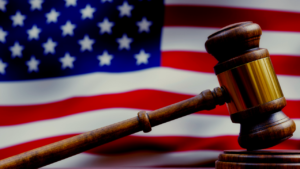 One key requirement to qualify for the K-1 non-immigrant visa for when a United States Citizen, the petitioner, wants to sponsor a foreign partner to immigrate to the U.S., is that the citizen and foreign spouse must physically meet within 2 years prior to filing the I-129 Petition with the United States Citizenship and Immigration Service (USCIS).

The couple has to provide physical evidence to prove they met, such as the U.S. citizen’s passport showing admission stamps visiting his or her foreign fianc(é)e, airline tickets, hotel reservations, restaurant receipts, and pictures of the couple together and with friends and family.

This is to prove the couple has an honest and truthful relationship. There are very few exceptions to this requirement. An exception can only be accepted if there is extreme hardship involved, such as a severe physical disability or a violation of traditional customs in the fianc(é)s home country.

The documentary evidence must be submitted with the initial I-129 Petition to USCIS. During the adjudication process, USCIS may issue a Request for Evidence (RFE) regarding an issue regarding the relationship for which the petitioner may submit additional information to prove that a meeting happened within the two-year period.