The U.S. Department of Homeland Security (DHS) recently announced that it will define the term “public charge” for immigration purposes. 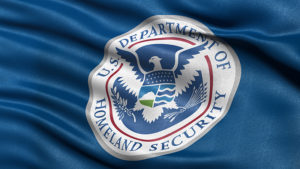 Currently, interviewing consular officers at U.S. Embassies and Consulates are authorized to refuse a visa if it is in their opinion that they are likely to become a public charge. Under the proposed rule, “public charge” will be defined as a person who receives certain government benefits. Benefits to be included in the proposed rule include cash assistance, Temporary Assistance for Needy Families (TANF), Supplemental Security Income (SSI), Medicaid (with limited exceptions) Supplemental Nutrition Assistance Program (SNAP, or food stamps), and iSection 8 Public Housing.

However, receipt of benefits under certain circumstances will be not held against an alien seeking to immigrate to the United States. For example, vulnerable individuals such as asylees and refugees cannot be held inadmissible on the ground of public charge. Likewise, public benefits received by aliens serving in active duty or in the Ready Reserve component of the U.S. Armed forces and their spouse and children will not be considered in the determination of whether said alien will be a public charge. Finally, receipt of some public benefits by an alien’s U.S. citizen children or the children and adoptive children of U.S. citizens will also not affect their immigration applications.

The proposed rule aims to promote immigrant self-sufficiency and to ensure that immigrants will likely not be a burden on American taxpayers. It will publish in the Federal Register in the coming weeks. Once published, the public will be allowed 60-day to comment.