Trump’s Immigration Ban Has Just Been Released. And It’s Not As Bad As We Expected. 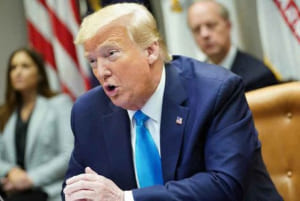 Today U.S. President Donald Trump signed his threatened Executive Order (‘EO”) as the “Proclamation Suspending Entry of Immigrants Who Present Risk to the U.S. Labor Market During the Economic Recovery Following the Covid-19 Outbreak.” The proclamation becomes effective on Thursday, April 23, 2020 at 11:59 PM (ET), and suspends the entry of any individual seeking to enter the U.S. as an immigrant who:

While Trump’s Tweet on April 20th stated he would stop all immigration into the U.S., the EO falls short of that threat by including a number of important exemptions. Included in the list of intending immigrants who are exempted are the following:

Foreign nationals who have been issued their immigrant visas prior to the EO’s effective date but have not yet entered the U.S. as well as those who currently have green cards and are outside the U.S. are likewise exempted from the Executive Order. However, it is very important that immigrants understand the “validity” their green cards as an immigrant visa for reentry into the U.S., and anyone who has been absent from the U.S. for more than 1 year should seek competent legal advice about their situation.

It is important to underscore that the EO only applies to applicant’s seeking immigrant visas and does not at this time apply to those seeking non-immigrant visas, such as B-1/B-2 visitor visa, F-1 student visas, L-1 Intracompany Transfer visas and E-2 Treaty Investor visas. However, the proclamation requires that within 30 days of the effective date, the Secretary of Labor, the Department of Homeland Security (“DHS”) and the Secretary of State shall review nonimmigrant visa programs and recommend to the President other appropriate measures to stimulate the U.S. economy and ensure “the prioritization, hiring and employment” of U.S. workers.

The EO expires 60 days from its effective date and may be continued if deemed necessary. Within 50 days from the effective date, the Secretaries of Labor, DHS and State shall recommend whether the President should continue or modify the proclamation.

In fact, the effect of this EO at this time will be minimal since U.S. embassies and consulates around the world have stopped issuing both immigrant and non-immigrant visas except in extreme emergencies and it likely to continue to have limited issuance for some time.  The concern by many is now that this EO is in place, it will be extended multiple times, well beyond any justifiable need to protect the country from the virus or U.S. jobs.

Unfortunately, his announcement and subsequent action is not a surprise. In the face of growing questions and criticism about his handling of the COVID-19 crisis, it was only a matter of time before the President resorted to distraction, blame, and fearmongering, while at the same time pandering to his supporters as another example of his anti-immigration platform.

If you have any questions about how this EO might affect your status, contact us at info@enterlinepartners.com and speak with one of our U.S. immigration lawyers in Asia at our offices in Ho Chi Minh City, Manila and Taipei.